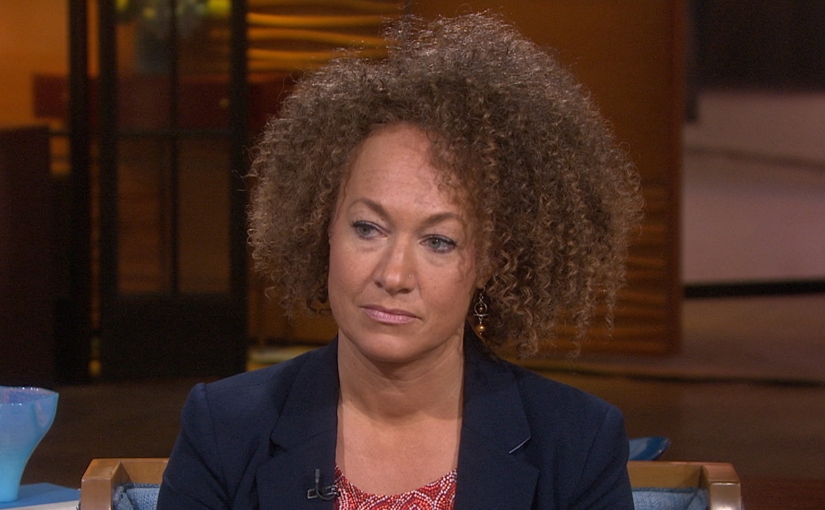 Ty:For the record, please state your full name and any titles or affiliations that you would like to have listed.

Rachel: Publicly, I go by Rachel Dolezal and I am an artist, activist, and author.

Ty: Thank you for that information. Jumping straight into it, a few years ago you caught national attention for identifying as a Black woman. In November 2017, the Theta Iota chapter of Kappa Alpha Psi Fraternity Inc., the Harvard University Black Student’s Association, and I hosted an event at Harvard University that covered womanism. Womanism is a school of thought that was born out of the idea that traditional feminism was not fully inclusive of the interests of the Black woman and that nobody would ever advocate for those interests better than a Black woman herself. Opening from a place where you see yourself as a Black woman, what is the essence of Blackness to you? What are the defining characteristics and what life experiences have informed your idea of Blackness? On the flipside, what is the essence of Whiteness to you? What are those characteristics?

Rachel: I taught a course at Eastern Washington University titled, “The Black Woman’s Struggle,” and featured textbooks such as “Words of Fire,” “Assata,” “Joys of Motherhood,” and “Women, Race & Class,” and I would describe myself as a Womanist more than a Feminist because I agree that race/class/gender are intersectional. I see Blackness as consciousness and commitment in the struggle for equity and justice; Blackness is not always skin color but is a philosophy and a political stance on issues affecting justice, or as Dick Gregory said, “a state of mind” that is Afrocentric or Pan-African in emphasis. Blackness fights relentlessly against the oppressive forces of colonialism, racism and White supremacy, seeking to free all those who are oppressed historically or contemporaneously and build a more inclusive and equitable society. Blackness acknowledges that we all come from a Black Mother in Africa—aka we are all members of the [Black] human race, and Africa is not only the birthplace of the human family but also the birthplace of civilization, religion, and community. Conversely, Whiteness is a state of mind and a stance that is Eurocentric, with the view that western culture, ideas, and aesthetics are superior and should be dominant. I see Whiteness as oppressive, repressive, and suppressive of others, seeking domination and subjugating others to the goals of capitalism, patriarchy, and imperialism.

Ty: When you look at the world we live in, it can be argued that you would have been better situated as an ally to Black and brown communities by identifying as a White woman and using the privilege that comes with that designation to take your passion for community advocacy past the glass ceiling that many Black and brown women face every day on their fight for social justice. Discuss your approach to it all. Was there a point where you felt like you had to embed yourself within the African-American community in the way you did to affect the most change?

Rachel: There are White allies and Black leaders in the struggle for social justice. I was seen as each of these for a decade in the past twenty years of my life. I identified as a White ally before I read Audrey Smedley’s book, “Race in North America: Origin & Evolution of a Worldview” and went on to read other books by Black women about the fiction of race, such as “Fatal Invention,” “The Nature of Race,” and “Chosen Exile,” by Dorothy Roberts, Ann Morning, and Allyson Hobbs. During the time that I felt I was “fated” to being a White ally—or White in general—when I believed race to be a biological reality, I was constantly having people argue with me that I was “really part Black” and just “passing for White” due to the neighborhood I lived in, my dexterity with braiding and doing Black hairstyles for women, and my intense passion for championing social justice causes in ways that were specifically empowering to Black youth and families. Similarly, when I shed the myth of race and embraced that Blackness really described my state of mind more than Whiteness—and I had already essentially exiled myself from “the White community” at this point—I had some people arguing that because I looked mixed or was light-skinned, I wasn’t Black enough for diversity photo ops or to lead social justice causes. One thing always remained constant, to this day: White supremacists have always hated me no matter whether I was functioning as a White ally or a light-skinned Black leader. I definitely feel there were fewer barriers to accomplishing the work I intended to do for the community, for the ten years I was seen as Black. Although the hatred of racist groups soared, I was constantly harassed by cops, and I received 50% of the pay of my White male and White female predecessors in a job (aka there was definitely a cost in terms of social discrimination), there was a place of belonging for me, a space where I could relax and be myself in the Black community. I wasn’t looked at with suspicion or made to prove I was safe as an ally; people didn’t clean up their houses before I came over or go out of their way as if I was a stranger; I was family and that felt good to have a home. I was definitely able to affect much more change being true to my core essence and fitting into the community, being seen for who I am inside and not being kept on the fringe of the movement due to my White parents. Anyone looking at my resume and accomplishments can see that my leadership flourished from 2005 to 2015.

Ty:You have stated before that you felt inherently tied to the Black community from as early as childhood. There are critics who would say that this contradicts your lawsuit against Howard University on the basis of racial discrimination because the litigation was seemingly a very definitive statement in favor of declaring your Whiteness. How do you respond to those critics?

Rachel:Online critics clearly haven’t taken the time to read my book or give full consideration to the context of that singular situation. I went to Howard eighteen years ago and had not yet become conscious of the nature of the race worldview being a social construct, so at the time of my application I did not identify as “Black” but there actually was no “race” category on the application at the time I applied. I sued to regain my scholarship on the basis of pregnancy discrimination, gender discrimination, and race discrimination in the original claim only because the person who removed my scholarship (while I had a 4.0 and was 7 months pregnant) was retaliating against me for refusing his sexual advances, and he referenced pregnancy, gender, and race in his reasons for pulling my scholarship. I love Howard and always will; it was the only graduate school I applied for because it was my dream school. However, as I explain in my book, living in DC isn’t cheap and with my Black husband and almost-born child depending on my financial aid, I had no other option but to fight to keep my spot for my last year of graduate school. It was a justice issue, and I trusted the only attorney I could find who would do pro-bono to handle the case with his legal expertise. I am a proud alumnus of Howard and a donor and am grateful that the Howard University Magazine featured my memoir on the Bison Bookshelf.

Ty:Did any of the harsh criticisms voiced ever cause you to consider that any of what you had done was wrong or have you always believed that in your heart you were doing the right thing with the way you have chosen to live your life?

Rachel: Most of the “criticism” was fueled by what my biological parents said on tv (and what they said was based on their goal of shutting down my Black sister’s sexual harassment case against our older White brother (I was her key witness, and sadly the vitriol and hate of so many people resulted in her case getting shut down and she never got her day in court) and what people heard from other biased sources. The critics didn’t wait to hear my whole story or take time to try to understand how both things could be true—aka I was born categorized as White but identify as Black. A lot of the anger was based on either ignorance or bias against me that was connected to racial pain in America. I regret that this situation was used to poke the pain of Black women specifically because if it would have been presented in a fair and positive way I think it would have had the opposite effect. It could have been presented as my life being an extreme act of solidarity, or as “imitation is the most sincere form of flattery,” or to copy another is to compliment, etc. But in our very reactive culture online, people rushed to throw me under the bus—and back up the bus and throw me under it again—and again—and still. I don’t think most people even know how I actually live my life, still to this day, so their opinions matter less to me than the positive outcomes I work toward for my children.

Rachel:Disgust. Frustration. Anger. I don’t know where to begin. Time is up for sexism, racism, classism, xenophobia, homophobia, and transphobia. It’s time for equity and justice; it’s time for reparations; it’s time for inclusivity in all respects of identity; it’s time to build a brighter future for our children, and #45 is not contributing anything toward these goals. I hope #46 along with collective action of The People can overcome the damaging effects of this presidency and this becomes fuel to propel a lot of great political and social action.

Ty: With all of the controversy around you being taken into consideration, I don’t genuinely believe you to be a bad person. I never have. If anything, I may have felt that you were confused, misunderstood, or some combination of those two. Nonetheless, from an objective standpoint, it is very apparent that you have a passion for community advocacy and you seem to be very genuinely invested in promoting advances in social justice. In a world full of negativity, such an energy can be harnessed to yield exponential positivity if employed right. Rachel A. Dolezal, what can we expect from you in 2018? How will you continue to be an ally in the years to come?

Rachel: I will never quit and am no less committed to The Cause or the community than I was in May 2015. I’m the same person and will continue to fight for justice locally, nationally, and globally whenever and wherever I have an opportunity. My involvement has been hindered the past three years due to ongoing unemployment (amid weekly job applications) and the perpetuation of negativity online and in the media. I have been in survival mode trying to provide for my three sons and my sister. I am not a liar. I am not a fraud. Scientists say that by 2050 the majority of this country will be mixed, and we are not doing much to prepare for that future. I hope we can unite together to undo racism and push for equity and justice for future generations. I’m ready.