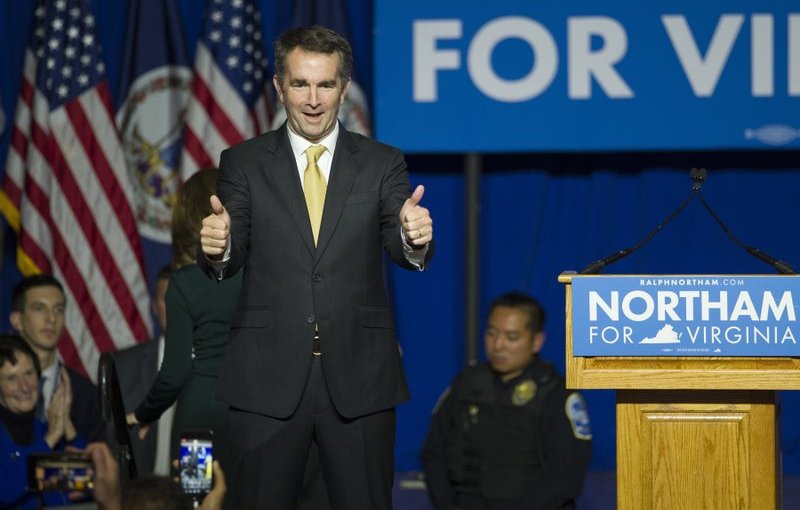 Democrats all over America, on both local and state level, have a reason to celebrate for the first time since the 2016 General Election. This is because Democrats won gubernatorial elections in Virginia and New Jersey as well as countless victories on the local level. While many Republicans are downplaying the Democrats win as “Blue winning Blue,” party leaders such as Senator Chuck Schumer (D-NY) says that he can “smell a wave coming.” That wave, of course, is referring to the 2018 Midterm Election where Democrats are projected to flip both the House and Senate. As the chair of the Democratic National Committee Tom Perez said about the election:

We’re taking our country back from Donald Trump one election at a time. This is not just one night. It is a trend.

This recent off-year election was expected to set the tone for the midterms in 2018, and this clearly sent a message to Republicans.

Ralph Northam, the Obama-backed, Democrat in the race to be Virginia’s next governor, beat the Republican, Ed Gillespie, who was backed by President Trump. This sent a shock to many Republicans who expected to win the swing state—the only southern state Trump didn’t take in 2016. Later, Trump tweeted, “Ed Gillespie worked hard but did not embrace me or what I stand for.” Although Gillespie used many of Trump’s campaign policies and sent out a robo-call recorded by the President, he had refused to make any public appearances with him. It seemed like Gillespie was trying to distance himself from Trump, but his efforts came to no avail; a recent poll by The Washington Post showed that about 30% of Northam supporters voted for Northam to send a message against Trump. This win wasn’t the only big win for Democrats that evening; they picked up many local offices and elected several historic candidates.

In New Jersey, former U.S. Ambassador to Germany, Phil Murphy (D-NJ), beat Lt. Gov. Kim Guadagno (R-NJ), this election and has successfully ended the “Chris Christie Era” and took out another trump backed candidate. Virginia elected one of the nation’s first openly transgender State Representatives Danica Roem who ousted the ultra-conservative incumbent, Del. Robert G. Marshall. Another historic victory took place in Erie, Pennsylvania where the citizens elected Tyler Titus to serve on the Erie School Board, making him Pennsylvania’s first ever openly transgender candidate to be elected to office. Democrats also picked up multiple seats in the Virginia House of Delegates and won many local elections. While there are many reasons for Democrats to celebrate, they must not lose sight of the big picture.

The Democrats won many unexpected elections in states all over America, however some races couldn’t have been closer. In Erie, Pennsylvania, the race for County Executive was decided by approximately .3% with incumbent Kathy Dahlkemper at 50.15% of the vote and Republican challenger Art Oligeri at 49.64% of the vote. This difference shows that although the Democrats won they weren’t able to sit in comfort and won’t be able to until margins like this don’t exist.

The Democrats’ big win garnered some great publicity for the party and showed the Republicans that the Democrats are healing and ready to win, however, they shouldn’t stop working hard or take this for granted. With many close results in blue territories, Democrats need to revisit their strategy and focus more on grassroots campaigning. If all goes well, a much bigger “Blue Wave” could flood the midterms with a sea of blue and might just flip both the House and Senate.

I'm Alton Northup and I currently attend Collegiate Academy where I am in the 9th grade. Throughout 2016 and 2017 I worked on Jay Breneman's campaign for Mayor of Erie. I was featured in an "Erie Reader" article titled "Alton Northup: The Youth of Today" because of my time on Breneman's campaign. I have an extreme love and passion for government and politics and hope to be elected to public office one day as a Democrat. View all posts by Alton Northup