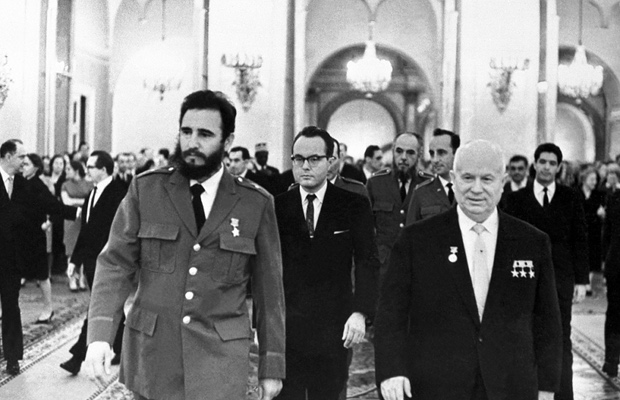 Fidel Castro, before handing his powers to his brother Raúl in 2008 ruled Cuba as a communist nation for almost half of a century. As a leader, he received extremely mixed reviews from calling him the leader that had given Cuba back to the people to the leader who starved and oppressed his people. Early Saturday, an announcement on the state-wide television was given by Raúl Castro stating that his brother had died on November twenty-fifth at 10:29pm. The impoverished citizens of Cuba had been riled up by Castro’s message after being oppressed by their previous dictator, Fulgencio Batista.

To his fans, he was a hero who educated, fed, provided health care to his citizens, and demanded, sometimes harshly, that the poor people of the world receive a fair deal. To his critics, he was in the list of the world’s most suppressive [self-appointed] leaders that banned the freedom of the press, banned freedom of assembly, and executed or jailed thousands of his political opponents. He rid Cuba of Christmas as an official holiday for thirty consecutive years. On the bright side, he sent Cuban vaccines and Cuban doctors to some of the poorest countries in South America… Then again, his own citizens were dry of basic medicine and were even forced to use buckets as toilets.

In the height of the Cold War, Castro had allowed the Soviets to create a base in Cuba that could carry nuclear missiles to the United States in no time which went down in history as the notorious Cuban Missile Crisis of 1962.

Towards the end of his presidency, he became more popular because of rising anti-American views in countries in South America such as Venezuela.

Sadly or gladly, his reign over Cuba began to decline in 2006 when he temporarily gave his powers to his brother while he supposedly was undergoing intestinal surgery. His permanent transfer of power came on the nineteenth of February in 2008 which ended his 49-year reign. That is when the National Assembly unanimously chose Raúl Castro to be his replacement. Some might call the transition of power very anti-climactic because it had been in the process for two years.

As the Washington Post said, “With almost theatrical relish, Mr. Castro taunted ten successive U.S. presidents, who viewed the Cuban leader variously as a potential courier of Armageddon.” All of the ten presidents had enforced a strict trade embargo against Cuba, which George H.W. Bush had tightened, until Barack Obama announced had announced his efforts to re-establish diplomatic relations with them.

Today, for half of the world will be a day of mourning and remembering a great man while the other half rallies around the death of a dictator.